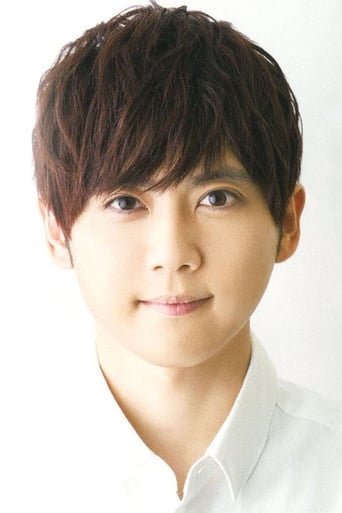 Japanese voice actor and singer affiliated with the agency VIMS. He has also been a radio host and acted on stage, and since 2015 has also occasionally been cast in on-screen roles in television dramas. He has voiced many notable roles such as Eren Yeager in "Attack on Titan", Issei Hyodo in "High School DxD", Shu Ouma in "Guilty Crown", Alibaba in "Magi: The Labyrinth of Magic", Kazuya Ichinose and Akio Fudou in "Inazuma Eleven: Orion no Kokuin", Clemont in "Pokémon XY", Meliodas and Zeldris in "The Seven Deadly Sins", Yukine in “Noragami", Speed-O'Sound Sonic in "One-Punch Man", Kanato Sakamaki in "Diabolik Lovers", Todoroki Shōto in "My Hero Academia", Kozume Kenma in "Haikyu!!", Koichi Hirose in "JoJo's Bizarre Adventure”. He was part of the four-unit singing group G.Addict, which was part of the Goulart Knights project, and has acted as one of the main protagonists in the movie "Kami Voice: The Voice Makes a Miracle". He won the Best Rookie Actor Award in the 3rd Seiyu Awards in 2009 and marked the first voice actor in Japan to win the Best Voice Actor Award two years consecutively in the 7th Seiyu Awards and 8th Seiyu Awards in 2013 and 2014. He has hosted the web radio show "Yuki Kaji's Monologue" (梶裕貴のひとりごと Kaji Yūki no hitorigoto) since March 2014. His variety show "Kaji 100!: The 100 Things Yuki Kaji Wants to Do" debuted on the Nitteleplus channel in April 2017.