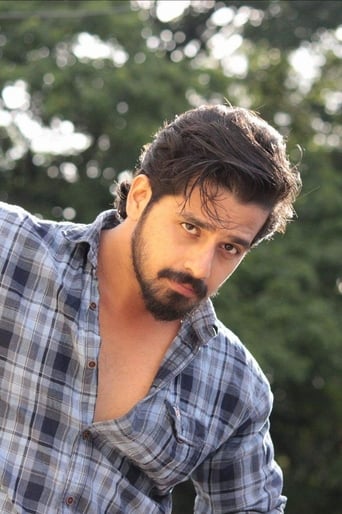 Pruthvi Ambar (Pruthvi Ambaar) is an Indian actor who predominantly works in Kannada and Tulu film industries. He was also worked as a Radio Jockey in Mangalore. He made his big-screen debut with Barke Tulu movie which released in 2014. His second film was blockbuster hit ‘Pilibail Yamunakka’ which was directed by K Sooraj Shetty. Pruthvi Ambar got married to his girlfriend Parul Shukla on 3 November 2019 in Mangalore, Tulu film celebrities and other close guests have attended the wedding ceremony. He's currently playing a pivotal role in the Kannada serial "Jothe Jotheyali." His recent kannada release "Dia" received positive response from both the audience and the critics.

Tamil
Drama ,Romance,
137
min
Dia
Dia tells the story of a young, introvert girl whose routine life brightens up when she falls for Rohith, one of her fellow college mates. Being an in...More.
Trailer Watch Now